Tania Elizabeth is the author of The Tier of Eternal Grace. Book One The Moon Clearing was released earlier this year. Book Two The Mirrors Shadow will be released about September. Book Three will then follow in the early part of 2014.

The Tier of Eternal Grace is a captivating fantasy of magic and passion, wound into the truths of reality that will enchant readers with its depiction of the faerie realm, and the exploits of the faeries themselves. Book One of the series ‘The Moon Clearing’ is an immersive tale of mysticism and adventure, of spiritual and sensual intent that shall enrapture your every sense.

Beyond the boundary that separates the mundane and earthly planes from the divine lies Eterna Fadas, a place ruled by extraordinary beings, lithe and human-like in appearance, yet ethereal in their grace and beauty, and sensuous in nature.

“I have existed always! Where I began I do not know, for all I know is just as I am today!”

As Queen, Tatiana was thought to have lived a life of opulence, her faith and beliefs her endearing essence. Why then was it so, that beneath the picture of perfection laid torments and terrors even she dare not explain. Being She came with its prices paid. Being She came with a deal; a contract in which she was to relinquish herself to a rogue of unmerciful fury. Would this be the end of all she know? Would this be the end of her existence?

As they lay within the other’s embrace, Corozon placed her head of clouds gently above Tatiana’s rise and fall. Corozon’s finger moving ever so slightly up Tatiana’s thigh, across her pelvic bone and then tracing along each crevice and fibre of her perfectly framed body. As she did this, Tatiana felt herself begin to pulse. Corozon’s lips then slowly curving their way around the rise of Tatiana’s breaths to where she remained absorbed in the tease of it as her hand then slid down between Tatiana’s legs to where her nectar now flow. Tatiana’s breath’s becoming deeper and stronger with every stroke of Corozon’s hand.

Corozon’s lips then move ever so slowly down between her breasts and then farther down to where her hipbone border. Her mouth and her tongue then followed along the spacing between there and her vale divine. Corozon’s tongue then taking further pleasure in the sweet flavor of Tatiana’s ripened rose. Once again, they both then lose themselves within the rapture, their smooth, unveiled bodies firmly against one another, enveloping their every sensation in a blizzard of passion and greed for the other’s crowning glory. 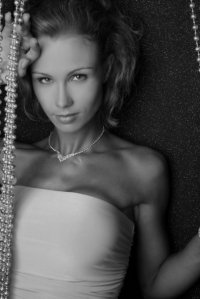 About the Author, Tania Elizabeth

Like each and every one of us, Tania’s own journey has been one of trials and tribulations, of Love and of passions; and the dissolutions of it. Heartache, sorrows, smiles and laughter always seeming. Through the writing of this book and the words of Tatiana, Tania has found a peace within and learnt the true meaning of “I LOVE ME!”

A message from Tania

I am asking for all’s assistance.

To give to others is to give to oneself, and  I NEED YOUR HELP!!!

Help us to raise funds for the Starlight Children’s Foundation, which supports terminally ill children and their families.

There are two ways in which people can help. It is very simple.

By simply hosting, reviewing or interviewing myself/my book via a blog post, amazon, newspaper, radio, TV within a 21day window frame, between the dates of Friday 12th of April and Friday the 3rd of May. For every appearance, I will be donating $1 to the Starlight Children’s Foundation.

I am also asking for donations, even $1, which you may do direct via this link.  http://starlightday2013.gofundraise.com.au/page/ElizabethT

We are looking at making this an annual event. This year it is based upon myself, though every year after, we will base it upon another upcoming author. So please share and pass this along to all. Let’s make this a huge affair and raise much needed funds for a very worthy cause.

My heartfelt thanks to all.